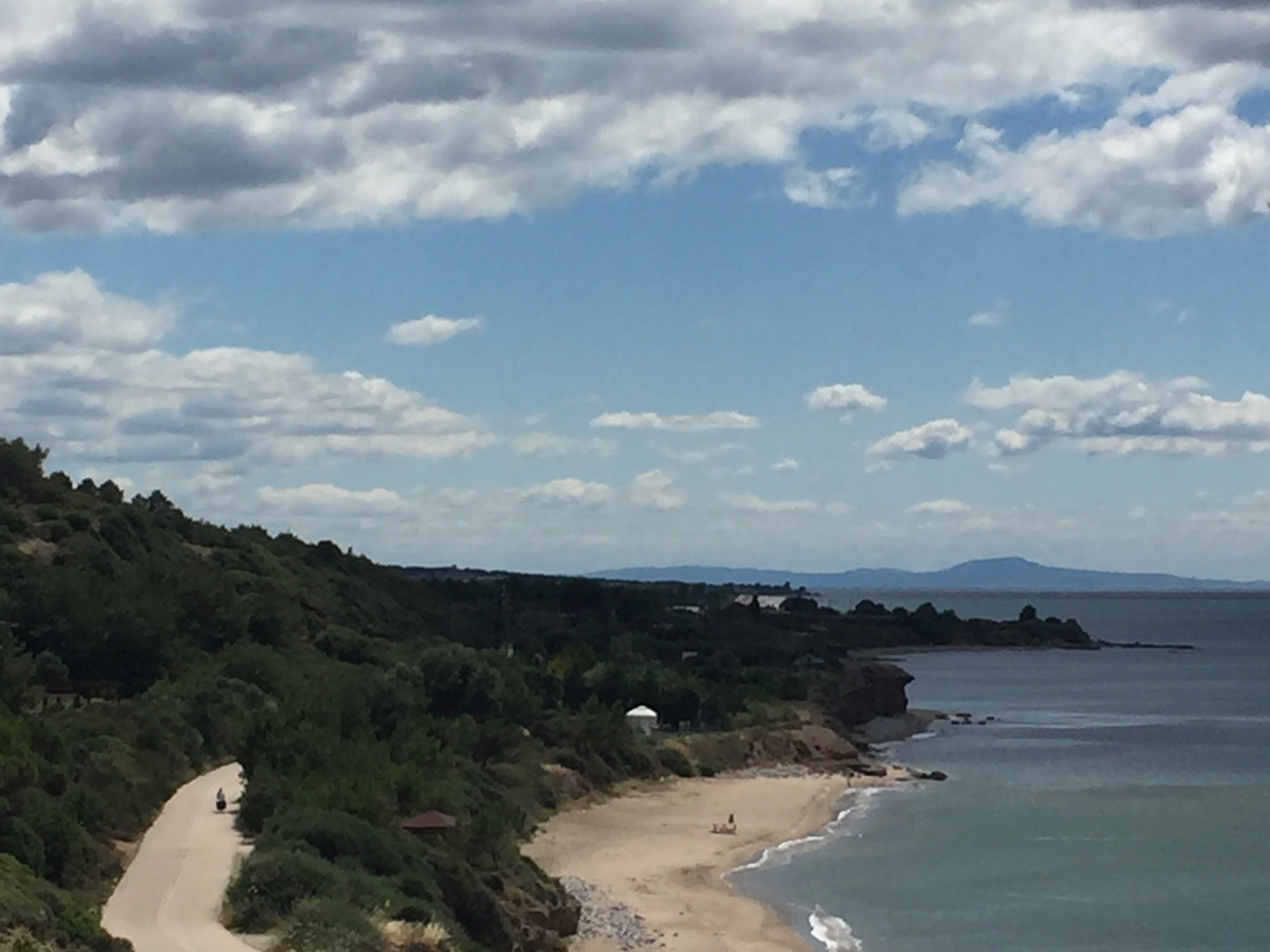 We entered Greece on 29.6.17 from the Macedonia border of Dojran and within minutes of crossing into Greece familiar sights introduced themselves to us. Fields full of sunflowers raising their heads to the early morning sun. Ploughed and fertile lands stretched on either side of the well maintained roads. We cycled quickly in search of the regional train to beat the heatwave over next few days but within 20 minutes we realised we were never going to catch the 07.55am as we had just entered another +1hour time zone and it was now 08.50am. So we resigned ourselves to a hot day in the saddle and ploughed eastwards. A lunch stop in a sleepy town gave us a great meal of Greek salad, whitebait, potatoes and dip. We were the only customers and the lady and son were welcoming and interested in our mad pursuit. Our stop that night was in a rather surreal huge hotel, fused between grand hotel Budapest and faulty towers! Prints of Water buffalo and bird life adorned the walls and the owner informed us that 2,500 of them roamed the lake shores. We were the only guest there too and the owner made up stories about his wife being away until 9pm and it was best we ate out in town. However, we could hear his wife on the phone and watching TV then she walked past us. We didn’t eat that night!

Our attempt to catch the train the next day was slightly more successful as warnings of 42+ degrees was worrying us. We managed to haul the bikes onto the carriage but at a 45degree angle needed help from the guards, they even moved the train along the platform so we could get on! Not sure that would have happened in the UK. Our happiness of taking our first train was short lived as we were informed the journey would be interrupted as engineering work from Drama and a bus replacement was offered but not bikes (that would happen in the UK)! We departed Drama and made our way to Kavala on the coast to cool our hot bodies.
The next few days were similar rides in too hot weather and dips in the sea at the end of the day. In fact we stayed in one site to avoid the 42 degree day and even though it was hard keeping cool it was much better than killing ourselves. The roads we have taken in Greece have been great, quiet, careful drivers and lots of roads with hard shoulders so we could ride more safely. We meet a few other travellers who have been kind offering chairs and the odd beer ( thank you Catherine and Malcolm from England and the American mum with 4 kids backpacking for 4 years who also provided us with stools).
After 2 days of lovely cycling through interesting landscapes and flamingo spotting (national park/lakes) we arrived at Alexandroupoli to find a great municipal campsite with large pitches and a calm atmosphere right on the beachfront. Due to my miscalculation regarding my Turkey visa we stayed at the campground for 3 nights and rested our bodies and bikes before the next 6 days of cycling until we reach Istanbul. We depart Greece tomorrow (7.7.17) after a great week of cycling and thankfully we made it over the heatwave. There are still issues around money, the lack of some places taking cards, which made us keep to a tight budget until we found a money dispenser and we noticed banks have a tense atmosphere. 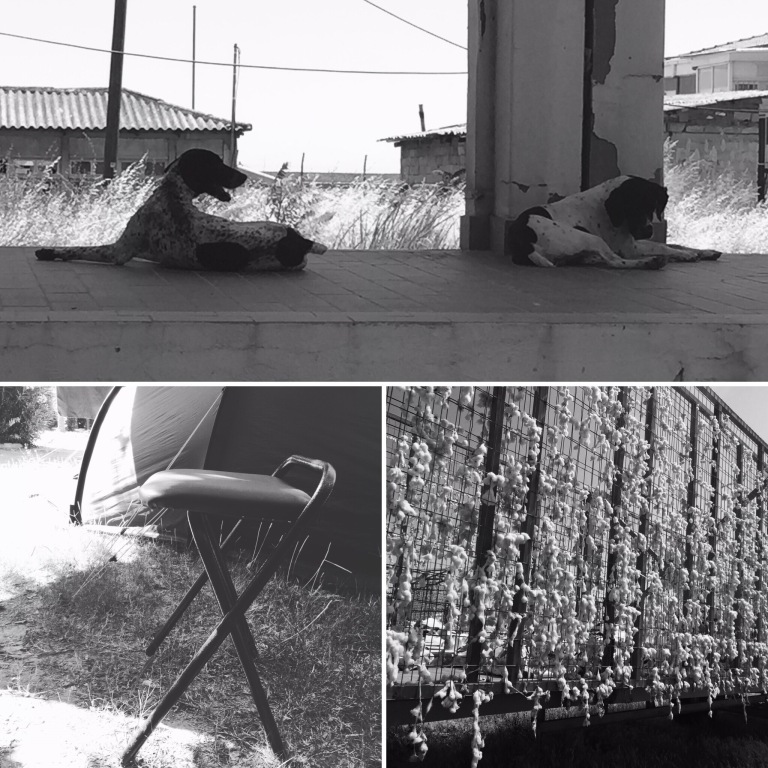