Finally, time to recap on the last few weeks, which have seen much rest and little cycling. We left Istanbul after a serious overnight storm and torrential rain (that actually came through our studio apartment). As we navigated the congested streets in search of the coach station we were confronted by extreme scenes of cars abandoned covered in mud and water, traffic jams everywhere and floods. Eventually we found the luggage mafia (men constantly smoking) who jostled to carry travellers bags. Thankfully our packed bikes looked too much for them and they left us alone to load them into the coach hold ourselves. 30 hours (40$) sat on the coach to Tbilisi wasn’t too bad. Many stops, the changing scenery and the company of Turkish and Georgian people helped the epic journey go fairly quickly. The border crossing was a bit of a pain as everyone had to take their luggage through both borders and await for the coach to navigate 2 borders. The mafia luggage carriers appeared again. After 1 puncture, numerous comfort stops we finally arrived in Tbilisi (Georgia’s capital) saving approx 1600km of cycling. One highlight of the trip was a 4am stop outside a bakery. Those knowing Barbara will know her love for this simple fair. I managed to capture her dream state (see main photo).

Our friends Nik & Sarah arrived the next morning from an overnight flight (from London) and our reunion in the airbnb apartment began by drinking tea and coffee and recapping on 4 months away. During our 9 days together we experienced many Georgian things and saw some great places in and away from the city. The first few days we wondered the old town and places of interest in the city and ate some fantastic vegetarian food and drank a few fine beers. The flea market on the Dry bridge gave us a snap shot into past soviet times as the stalls laid out wares from the old guard. The city was fused with both historical and contemporary buildings (some seemed never finished). These were larger than life and the scale of things maybe echoes Russian influences. We were however followed by some strange incidents and illnesses.

We began to fall victim of a very unpleasant bug which when struck confined you to the close proximity of the loo. Nik fell first then 24 hrs I did. Sarah dipped in and out of it and thankfully Barbara remained untouched. When we were all safe to travel we headed to the mountains to Kazberg to walk and view the high peaks of the Caucasus. Beautifully natural surrounds but the hand of human interventions had dug up the town and turned it into a wild west dusty outpost. Our guesthouse had communication and advertising issues and no water! Incidents continued as Sarah fell down a step and twisted her ankle and was unable to do the walk we planned. Those of us left able to walk up to the church perched 2000 metres were treated to stunning views and left in awe of the ability to build the structure.

The following day back at the apartment eating breakfast we heard a commotion outside and people rushing with buckets to put out a fire that had broke out in an out building. Electrical fire bangs, fire bridge and the lack of electric and gas made another interesting tale to our holiday together! We have laughed lots about these little incidents.

On another clean bill of health day we took a tour to the cave monasteries of David Gareja, which sat on the borders of Azerbaijan and Georgia. This semi desert land was atmospheric and the artificial caves built and housed approx 6,000 holy men. Again we were left amazed and the human endeavour to build and worship in such a location. Now arid, barren and hostile in summer but we were told thousands of years ago this would have been a fertile land. What I love about tourist developing countries is the lack of H&S and that anything goes. The walk for many was too much and we lost half the group as either they were unfit or the prospect of walking a thin trail was too dangerous! In fact it was.

Our time with the girls was fantastic. To talk and share Georgian things with good friends (maybe not the illness) has been a boost for us as we enter another phase of our trip. We all departed on 29th July with our antibiotics and intestinal flora tablets.

Back on the bikes after almost 3 weeks off we were slightly worried about the heat and getting into the way of travelling again. However, after a few hours in the saddle we managed the weight and balance of bikes once again. Due to my recent illness energy levels were very low so we pulled off the road and camped on a hill behind some trees and settled down back into the rhythm of cycle travel.

Continuing along the R5 which began to change into more fertile land with small stalls selling walnuts, fruit and the odd butchers took up the verges, you gained a sense of the Georgians enterprising nature. Our next stop was in the ‘Italianate’ hill top village of Sighnaghi. We have found the Georgian people to have a strong will power and don’t really take no for an answer. Hence we were swiped off the street by a older lady and taken to her guesthouse for the night with no option to say no. A jumbled building with rooms, stair cases, wooden beams temporarily holding other structures up. What a character she was.
Our last stop in Georgia was in Lagodehki, a caucus mountain town and home to the protected national park area. We camped in the garden of a guesthouse (Kiwi house) amongst a building project and spent a rest day walking in the park to the waterfall (10km return) and plunged in rather cold water.

Georgias language is impenetrable but it’s alphabet and typefaces are beautiful. They are curvaceous and elegant but impossible to read. They use walnuts in many dishes and the tastes of food are a delight. Passing many road side stalls hanging are the Churchkhela, strung up walnuts covered In fruit leather, a great energy boast. Georgia has been a great place to meet with friends and sample Georgian hospitality. 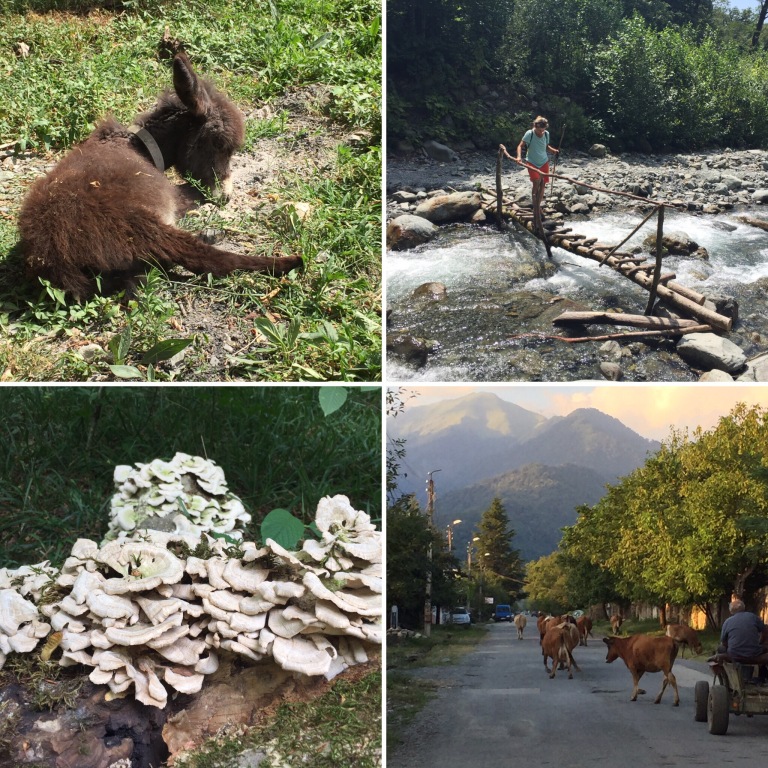 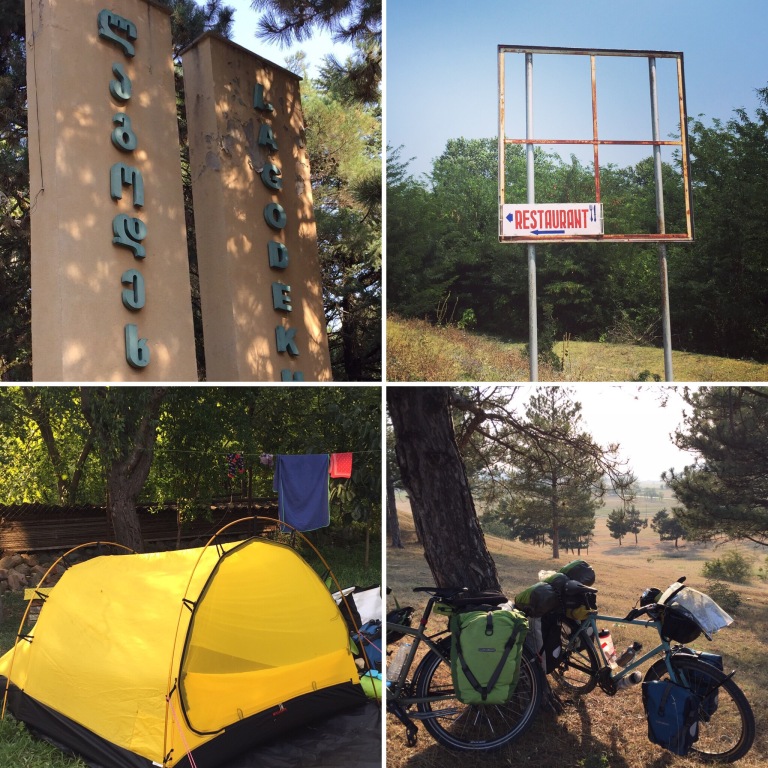 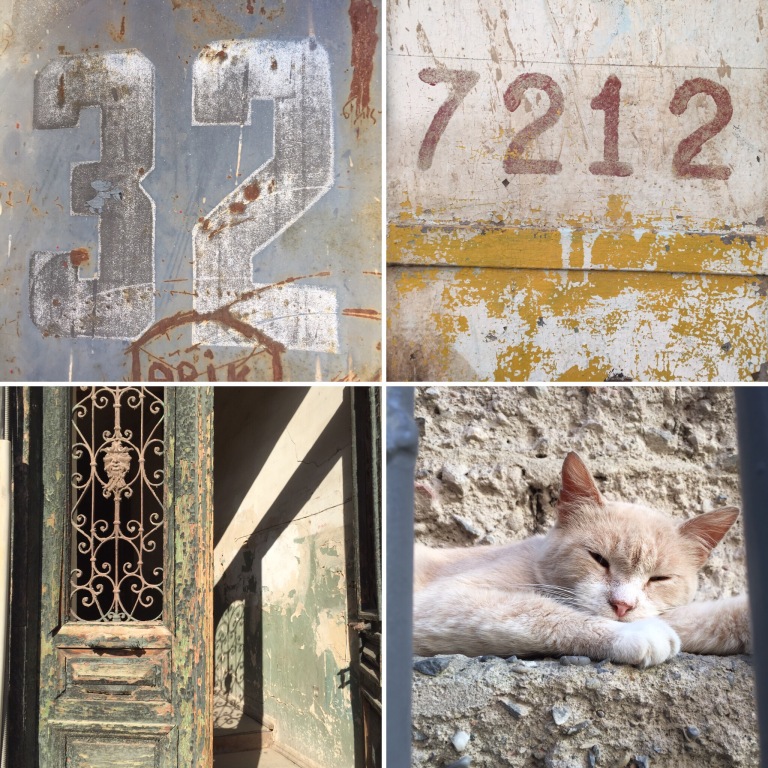 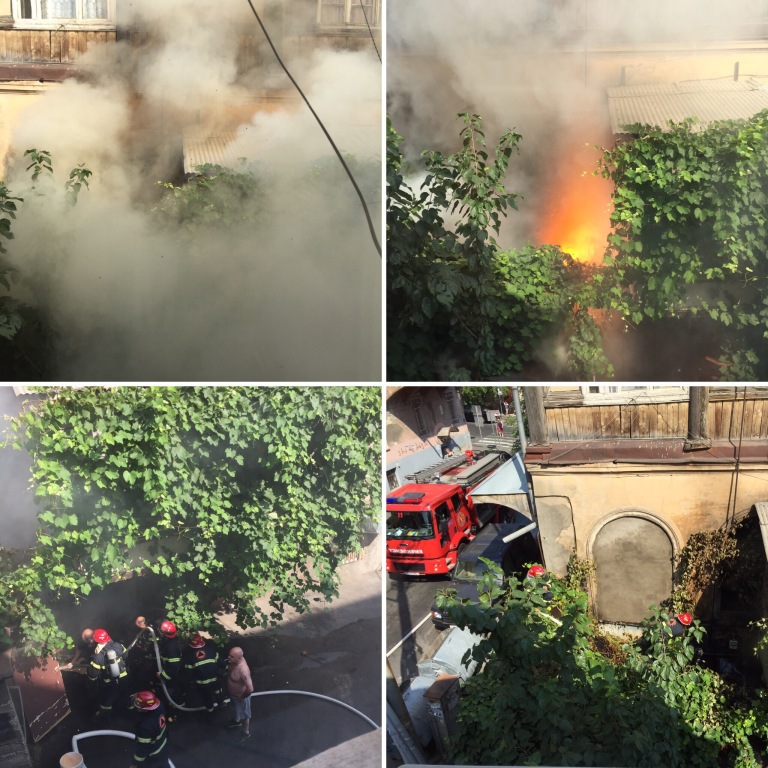 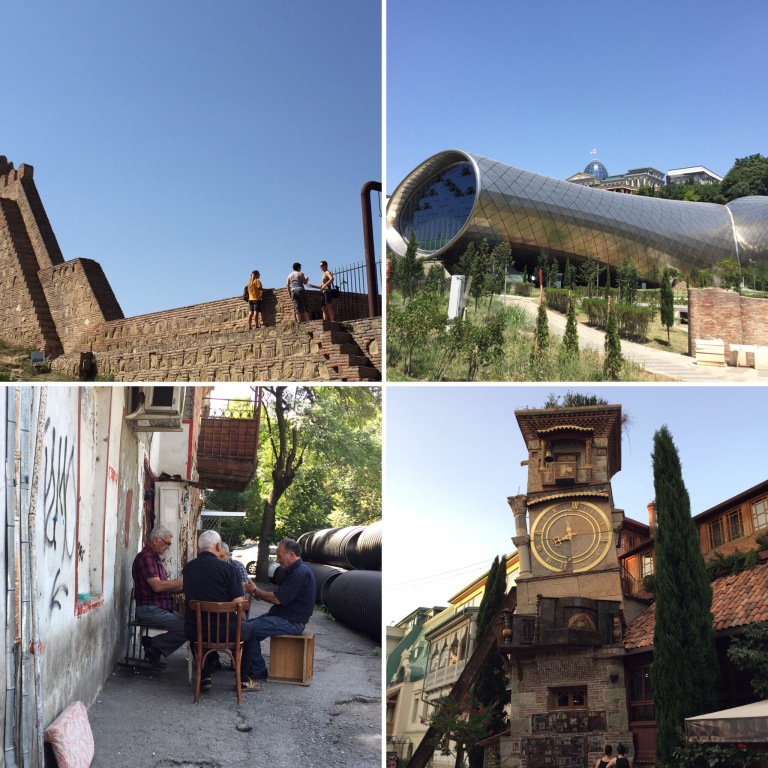 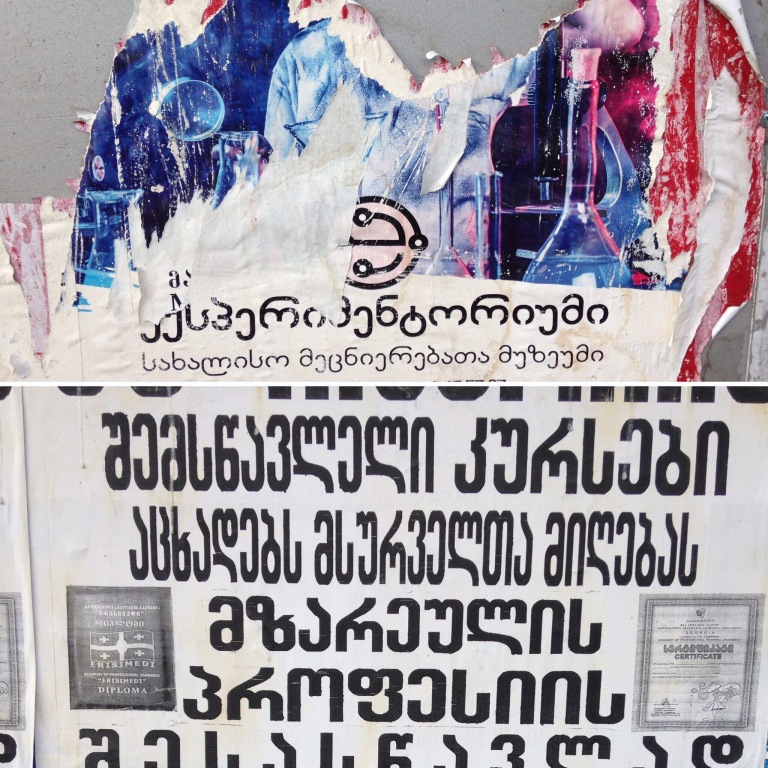 10 thoughts on “The land of the curvaceous alphabet – Georgia ”